Home > About Us > Phyllis C. Borzi 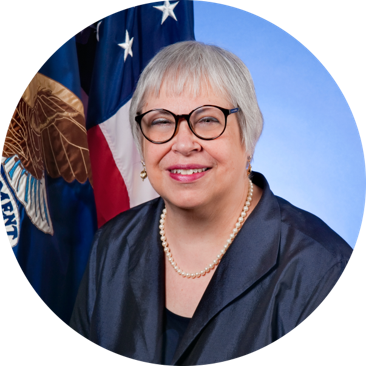 . Borzi, JD, MA, retired as the US Assistant Secretary of Labor for the Employee Benefits Security Administration (EBSA) in 2017. She was confirmed by the US Senate in 2009. During her tenure, EBSA oversaw nearly 708,000 private-sector retirement plans, approximately 2.8 million health plans and a similar number of other welfare benefit plans that are covered by the Employee Retirement Income Security Act of 1974 (ERISA) and that provide benefits to approximately 150 million workers and their families. Ms. Borzi led the Department’s efforts to implement the Affordable Care Act, the Mental Health Parity and Addiction Equity Act, the Genetic Information Nondiscrimination Act and other health and pension laws. She also represented the Secretary of Labor on several governmental boards, including the Board of Directors of the Pension Benefit Guaranty Corporation, which the Secretary chairs, and as Trustee of the Social Security and Medicare Trust Funds. Previously, Ms. Borzi was a research professor in the Department of Health Policy at George Washington University Medical Center’s School of Public Health and Health Services. In addition, she was Of Counsel with the Washington, DC, law firm of O’Donoghue & O’Donoghue LLP, specializing in ERISA and other legal issues affecting employee benefit plans, including pensions and retirement savings, health plans and discrimination based on age or disability. From 1979 to 1995, Ms. Borzi served as Pension and Employee Benefit Counsel for the US House of Representatives, Subcommittee on Labor-Management Relations of the Committee on Education and Labor. Ms. Borzi is currently a member of the Board of Visitors of the Columbus School of Law at Catholic University and also represents retirees as a fiduciary on the committee governing the Goodyear Retiree Health Care Trust. She serves on the Institute for the Fiduciary Standard Board of Advisors and is a charter member and former President of the American College of Employee Benefits Counsel, serving on its Board of Governors from 2000 to 2008. In addition, Ms. Borzi sits on the Edelman Financial Engines Board of Directors and is an independent consultant, continuing to advise private sector clients and state and local governments and pursue her lifelong commitment as an advocate for consumers. For an interview with Ms. Borzi, please click here.

Back to Board Members

Your Form has been submitted. We will contact you as soon as possible.
Thank you for your inquiry. Someone will be contacting you shortly.
Rachel Kent
Senior Director of Marketing
Email: rkent@fairhealth.org