Home > About Us > Michelle Scott 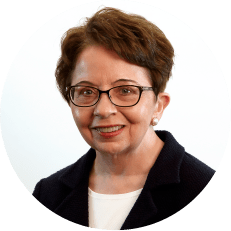 . She also served as Vice President, General Counsel and Secretary of the East-West Management Institute (EWMI), a nongovernmental organization that conducts civil society, rule of law and economic development programs in Eastern Europe, Asia, Africa and South America. After leaving EWMI, she was elected to its Board of Directors and in 2010 became the Board’s Chairman, a position that she continues to hold. For over 18 years, Michelle was Vice President and Corporate Counsel for Prudential Financial, responsible for significant investment transactions and tax planning, and served as General Counsel of The Prudential Foundation. Earlier in her career, she was legislation counsel for the Joint Committee on Taxation of the United States Congress and was in private practice with law firms in New York City and Washington, DC. Michelle has spoken and written extensively on tax and nonprofit law. A long-term member of the Executive Committee of the New York State Bar Association Tax Section, she was Co-Chair of its Committee on Tax-Exempt Organizations for several terms and was appointed to the Commissioner of Internal Revenue’s Advisory Committee on Tax-Exempt Organizations. Michelle is a member of the National Steering Committee for the Women’s Studies in Religion Program at Harvard Divinity School and has served on the Boards of Directors of The Transition Network and The Associated Blind. She earned an AB from Bryn Mawr College and a JD from Harvard Law School.